Let’s have a look! 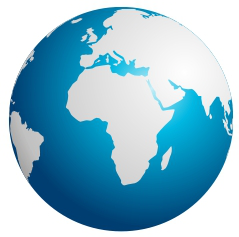 For the wrath of God is revealed from heaven against all ungodliness and unrighteousness of men, who by their unrighteousness suppress the truth. 19 For what can be known about God is plain to them, because God has shown it to them. 20 For his invisible attributes, namely, his eternal power and divine nature, have been clearly perceived, ever since the creation of the world, in the things that have been made. So they are without excuse.

Would God really send those who have never heard the Gospel to hell? Let’s talk about it, because this a question that believers and non-believers share alike!

Let’s look at an example…

Hunter: “Do all people really go to hell if they don’t confess Jesus Christ as their Savior?”

Alice: “God makes it pretty clear throughout scripture that all have fallen short of glory and that the wages of sin is death. I would recommend taking a close look at the book of Romans.”

Hunter: “Yeah. I get that. I know all that stuff. But let’s just say, for example, there was a guy on a remote island, and no one knew he was there, so no one could share the Gospel with him. This guy, when he died, would he go to hell?”

Alice: “Sadly, yes. But let me explain why…”

“But let me explain why…”

I’m sure that our friend Alice would answer somewhat along these lines: The truth is yes, and God makes it clear through the apostle Paul why in Romans chapter 1.

From Romans, we are shown that these people, even though they have never heard about God, have already had the truth and knowledge of God revealed to them through creation by God himself. Because he has so obviously demonstrated himself through everything that exists, God tells us that these people are “without excuse”.

“For all have sinned and fallen short of the glory of God” (Romans 3:23). This means everyone, no matter the circumstance, is separated from God, and without trusting in Christ to save us from our sins, we will spend eternity separated from him. This even includes the person on the island that has never had the opportunity to hear about Christ.

Some may think that this is simply a hypothetical situation, its normal, but it’s not, this is real life for 3.14 billion people. There are 3.14 billion people that haven’t even heard the name of Jesus, so you need to keep that in mind when answering this question. Most people, when they ask this question are waiting for you to say that they will go to hell, that way they can, essentially, roast you by saying “See! God is an angry, unjust God! How could he call himself good and loving when he does stuff like that!”

Be prepared to answer that response. My reply to that would then simply be that by God doing this, he is able to call himself just and holy. He is just because he puts in place consequences for sin. He is holy because sin cannot exist in his presence. Sin cannot exist in his presence because he is perfect and without fault. He is light, and in him and around him there can be no darkness. However, he has made a way for us to be made right with him. Based on this, you can say that he is both just and good.

Not only has he made a way for us to be restored back to him, but he has also made it abundantly clear through creation. Because he has made it clear through things such as creation, Paul says these people have no excuse for the sin in their hearts. These people are still guilty of sin, and God cannot be in the presence of sin. As Christians, this knowledge should break our hearts. This should motivate us in our walk to share the Gospel unconditionally with people in our nation and abroad. This is Christ’s grand design!